THE Universe is governed by Law – one great Law. Its manifestations are multiform, but viewed from the Ultimate there is but one Law. We are familiar with some of its manifestations, but are almost totally ignorant of certain others. Still we are learning a little more every day – the veil is being gradually lifted.

We speak learnedly of the Law of Gravitation, but ignore that equally wonderful manifestation, THE LAW OF ATTRACTION IN THE THOUGHT WORLD.

We are familiar with that wonderful manifestation of Law which draws and holds together the atoms of which matter is composed – we recognize the power of the law that attracts bodies to the earth, that holds the circling worlds in their places, but we close our eyes to the mighty law that draws to us the things we desire or fear, that makes or mars our lives.

When we come to see that Thought is a force – a manifestation of energy – having a magnet-like power of attraction, we will begin to understand the why and wherefore of many things that have heretofore seemed dark to us. There is no study that will so well repay the student for his time and trouble as the study of the workings of this mighty law of the world of Thought – the Law of Attraction.

When we think, we send out vibrations of a fine ethereal substance, which are as real as the vibrations manifesting light, heat, electricity, and magnetism. That these vibrations are not evident to our five senses, is no proof that they do not exist. A powerful magnet will send out vibrations and exert a force sufficient to attract to itself a piece of steel weighing a hundred pounds, but we can neither see, taste, smell, hear nor feel the mighty force.

These thought vibrations, likewise, cannot be seen, tasted, smelled, heard nor felt in the ordinary way; although it is true, there are recorded cases of persons peculiarly sensitive to psychic impressions who have perceived powerful thought-waves, and very many of us can testify that we have distinctly felt the thought vibrations of others, both while in the presence of the sender and at a distance. Telepathy and its kindred phenomena are not idle dreams.

Light and heat are manifested by vibrations of a far lower intensity than those of Thought, but the difference is solely in the rate of vibration. The annals of science throw an interesting light upon this question. Prof. Elisha Gray, an eminent scientist, says in his little book, “The Miracles of Nature”:

“There is no gradation between the most rapid undulations or tremblings that produce our sensation of sound, and the slowest of those which give rise to our sensations of gentlest warmth.

There is a huge gap between them, wide enough to include another world of motion, all lying between our world of sound and our world of heat and light; and there is no good reason whatever for supposing that matter is incapable of such intermediate activity, or that such activity may not give rise to intermediate sensations, provided there are organs for taking up and sensifying their movements.”

I cite the above authorities merely to give you food for thought, not to attempt to demonstrate to you the fact that thought vibrations exist.

The last-named fact has been fully established to the satisfaction of numerous investigators of the subject, and a little reflection will show you that it coincides with your own experiences. 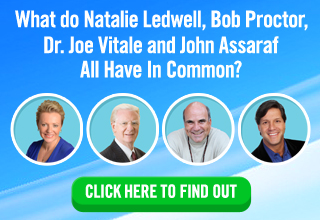